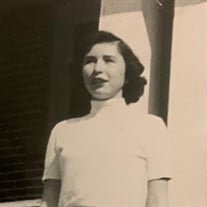 Sally Dean WhiteCrow Ollis, 83, of Miami, Oklahoma, passed away Wednesday, March 24, 2021. She was born October 26, 1937, in Miami, Oklahoma. She was the daughter of Mayo Sidney WhiteCrow and Lucille Garrette WhiteCrow . Ms. WhiteCrow Ollis graduated from Sequoyah Technical School for Orphans in 1952. Growing up, she and her family traveled many places, wherever her “Daddy” got work. She and her siblings, Joyce Ann, Jay Corbett, Mayo Sidney Jr., Linda Jo and Kathy Beth, where the light of their Daddy’s eyes. After graduating from Sequoyah, she married and had her four boys, Jim Ollis, Jr., Danny Ollis, Keith(O) Ollis and Kyle WhiteCrow Ollis. She lived everywhere from Miami, Tulsa, Borger, TX and Tahlequah. Sally loved her children dearly. Sally earned her BA and went on to complete her Masters Degree in Social Work from Northeastern State University in Tahlequah, OK. She also completed the Oklahoma City University Paralegal Certification Program. Ms. WhiteCrow Ollis was a proud member of the Seneca-Cayuga Nation. Before her illness, she had not missed a General Council meeting in more than 50 years. She was active in the Tribe, serving for many years on the Claim’s Committee. She was the founder of the Tribe’s Official Newsletter, Ga-Yah-Tont (It Is Written). She always worked to try and make a better path or life easier for her fellow Tribal Members. Sally worked for the Seneca-Cayuga Nation as a Social Worker and the Wyandotte Nation as the Director of Tribal Efforts Against Lead Program. She oversaw the Clan Mothers and Clan Fathers who worked within that program. She paired that program with the Ottawa County Boys and Girls Club. The Club won national recognition with the Annie E. Casey Award for its work with T.E.A.L. One of the many accomplishments throughout Sally’s life. Ms. WhiteCrow Ollis was preceded in death by her parents and two of her children, Jim and Danny, along with her sisters, Joyce Ann WhiteCrow Perry and Kathy Beth WhiteCrow, brothers Jay C. WhiteCrow and Cary “Gabby” WhiteCrow. She is survived by her son and long-time caregiver, Kyle WhiteCrow Ollis, son Keith Ollis and his wife, Bobbie. “Grand” as she was known to her grandchildren, Elizabeth “Te-lih” Ollis, Alex Ollis, Josh Ollis, Jennifer Ollis, Melissa Ollis, Levi Ollis and her great grandchildren. She is survived by her sister, Linda Jo WhiteCrow, brother Sidney WhiteCrow and sister Debra Sue Ingram. She will be deeply missed by many, many cousins, nieces and nephews. Ms. WhiteCrow Ollis will lay in repose at the Miami Nation Longhouse (near Stepford Bridge), beginning at 5 p.m. Friday, March 26, 2021. She will be laid to rest at the Seneca-Cayuga Ceremonial Grounds Cemetery at 2:00 p.m. Saturday. Faith Keeper, Paul Wah-trot Barton, will conduct the service and Indian Rites. All friends and family are welcome. Please wear a mask. Friends and family may send notes of encouragement or condolences by viewing Ms. WhiteCrow Ollis’ Tribute Page at www.brown-winters.com.

The family of Sally Whitecrow-Ollis created this Life Tributes page to make it easy to share your memories.

Send flowers to the Whitecrow-Ollis family.