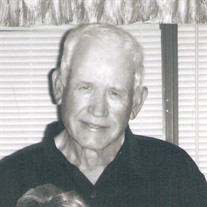 Charles Thomas “Tom” Pendergraft, age 81, passed away on December 28, 2019, at Integris Hospital in Miami, Oklahoma. Tom was born on the family farm east of Miami on January 29, 1938, to Robert “Hugh” and Viola Mae Gress Pendergraft. He was named after his two grandfathers Thomas Audus Richard “Aud” Pendergraft and Charles Oscar Gress, both of whom were early settlers in Ottawa County, Oklahoma. Tom attended the one room Longview country school through the 8th grade and graduated from Miami High School in 1956. He attended Northeastern Oklahoma State University and received his bachelor’s degree in mathematics education in 1961. His first job was teaching mathematics for the Albuquerque, New Mexico public schools. It was there he met his wife, Carol Ann Fischer, who had also come from Oklahoma to teach school in Albuquerque. Tom and Carol were married on August 11, 1962, at the First Christian Church in Hobart, Oklahoma. In June of 1964 they returned to Oklahoma where, in order to increase his income, attended Oklahoma State University and earned a Business degree in Accounting. He accepted a position with Haskins and Sells Accounting Firm in Tulsa, and he and Carol moved there in the fall of 1965. While there, Tom became a licensed Certified Public Accountant and their two children were born. In 1972, tired of the extensive travel and long hours away from family, he returned to the field of education. Tom taught 2 years at Oaks Indian Mission, Oaks, Oklahoma before being offered a position teaching math at Will Rogers Jr High in Miami, Starting in the fall of 1975. Carol also having been offered a teaching position they decided to return to Ottawa County where they built a house on the Pendergraft home place that his grandparents had settled in 1914. Carol designed the house and Tom and his father and brothers built it. Tom began teaching mathematics at Will Rogers Middle School in 1975 and retired there in 1994. Tom was also an avid gardener and woodworker and loved working on his farm up until his death. Tom is survived by his wife of 57 years, Carol Fischer Pendergraft; a son, Kevin Scott Pendergraft and wife Candy of Olathe, Kansas; a daughter, Julia Diane Hanna of Tulsa, Oklahoma; and a brother, Terry Eugene Pendergraft and wife Laurie of rural Miami, Oklahoma. He is also survived by grandchildren, Justen Pendergraft, Tia Williams, Cody Wilson, Chelsea Barrett, Shilo Barrett, Joshua Hanna, Jon Pendergraft, Austin Barrett, Jordan Cox, Dakota Barrett, 6 great grandchildren and a host of nieces, nephews and cousins. He was preceded in death by his parents, one grandson Christopher Robert Hanna and three brothers, James Robert “Bob” Pendergraft of Locust Grove, Oklahoma and twin brothers Gary Lee Pendergraft and Larry Dee Pendergraft, both of Miami, Oklahoma. The family plans to have a celebration of life for Mr. Tom Pendergraft yet to be determined. In lieu of flowers donations may be made to the St. Jude’s Children’s Research Hospital or the charity of your choice. Notes of encouragement for the family may be left at www.brown-winters.com Services are under the direction of Brown-Winters Funeral Home and Cremation Service, Miami.

The family of Charles T Pendergraft created this Life Tributes page to make it easy to share your memories.

Send flowers to the Pendergraft family.