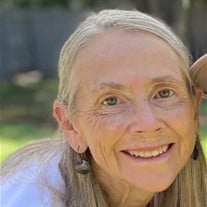 Carolyn Kaye Deaton, 66, a resident of Wyandotte passed away at her home on Saturday, March 20, 2021 surrounded by her family. She was born on June 12, 1954 in Seattle, Washington to Robert B. and Helen L. (Mann) Austin. Carolyn graduated with the Class of 1972 from Wyandotte High School, where she met the love of her life Ronald Deaton. Carolyn married her high school sweetheart, Ron, on April 20, 1973 at the Wyandotte Methodist Church. Mrs. Deaton worked for 16 years in child care, loving each and every child that came through. She helped raise each of her grandchildren, as this was the greatest joy of her life. She and Ron spent countless hours at sporting events with their kids, and later on their grandkids as well. Carolyn also enjoyed making Sunday dinners for her family. Her favorite place to be was on her porch swing, watching her grandkids play. Carolyn spent the fall at craft fairs, summers at the creek, spring time at WCWS and winters staying warm in her home next to family and the fire. Carolyn was a beautiful soul, a kindhearted woman that was liked by all and loved by many. Mrs. Deaton was preceded in passing by her father Robert Austin, her son Christopher Paul Deaton and brother Robert (Bob) Austin. Survivors include her mother Helen Austin, her husband Ron Deaton of the home, four daughters and 1 daughter in law, Misty Deaton and Michael Pellegrino of Wyandotte, Oklahoma, Wendy Wyrick of Fairland, Oklahoma, Erin Deaton of Wyandotte, Oklahoma, Stormy and Joshua Bergmann of Grove, Oklahoma, and Haley and Ian Vancuren of Grove, Oklahoma, her siblings Cathy Sullivan and her husband Johnny, Kenny Austin, Ronnie Austin and his wife Brenda, Doug Austin, sister in law Shirley Austin, and Randy Austin and his wife Lucy. Also surviving are her grandchildren Kianna Pellegrino, Tahatan Pellegrino, Mya Pellegrino, Josilynn Wyrick, Talon Wyrick, Malynn Wyrick, Kaylee Deaton, Koda Deaton, Daxton Bergmann, Brantly Bergmann, Kiowynn Deaton-Vancuren and Tilly Kaye Vancuren. Graveside Services will be held at 2:00 PM, Wednesday, March 24, 2021 at Council House Cemetery with Reverend Geoff Buffalo officiating. Services have been placed in the care of Brown-Winters Funeral Home and Cremation Service in Miami. Friends and family may send the family notes of encouragement by viewing Mrs. Deaton's Tribute Page at www.brown-winters.com

Carolyn Kaye Deaton, 66, a resident of Wyandotte passed away at her home on Saturday, March 20, 2021 surrounded by her family. She was born on June 12, 1954 in Seattle, Washington to Robert B. and Helen L. (Mann) Austin. Carolyn graduated with... View Obituary & Service Information

The family of Carolyn Kaye Deaton created this Life Tributes page to make it easy to share your memories.

Carolyn Kaye Deaton, 66, a resident of Wyandotte passed away...

Send flowers to the Deaton family.