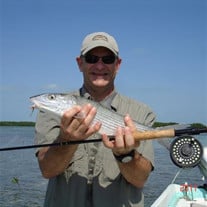 Dr. Bryan Edward Swan, age 61, died peacefully on May 30, 2021 of a sudden, unexpected hemorrhagic stroke while doing one of his favorite activities, playing pickle ball with his wife of 30 years, Leslie Karel (Barnes) Swan. Bryan was born on February 18, 1960 in Tulsa, Oklahoma to Richard and Sandra (Baker) Swan. He grew up in Claremore, Oklahoma working on his grandfather’s dairy farm and playing baseball and football; he graduated high school with the Class of 1978. On a whim, he attended Oklahoma Baptist University for undergraduate studies; and, under the mentorship of Dr. James Hurley, Bryan went on to The University of Oklahoma College of Medicine. During this time, he would fortuitously complete a rotation in Kansas City where he met his love, Leslie. They would marry shortly thereafter on December 29, 1990. He graduated in 1990 and completed residency in Family Medicine before going back to specialize in Obstetrics and Gynecology. He practiced for over 20 years in this specialty as one of the most compassionate and skilled physicians, delivering over three thousand babies into this world. Despite his busy career, Bryan’s family was always his first priority and his favorite thing was to spend time with his wife and three girls. Any interest his girls pursued, Bryan was all in. He was also passionate about fishing, working on the farm, traveling, diving, and truly anything involving the great outdoors. There are no words to adequately describe Bryan, but the words kindhearted, authentic, gracious, and hardworking immediately come to mind. To meet him was to love him. Bryan is preceded in passing by his grandmother Sarah Louise Baker, his grandfather Harley Swan, and his father in law Jerry L. Barnes. Those left to carry on Bryan’s legacy are his wife Leslie Swan; his three daughters Hannah Swan Reavis and her husband William Reavis, Hailey Rose Swan, and Audrey Faith Swan; his parents Richard and Sandra Swan; his mother in law Bobby Barnes; his siblings Brenda Coatney and her husband Russ and their family, Brad Swan and his wife Katy Swan and their daughters; and Brandi Swan and her family; his brother in law Joel Barnes; his sister in law Joni Hawkins and her daughters; along with so many dear family, friends, and colleagues. There will be a visitation on Friday, June 4, 2021 at the family’s home, come and go between 6:00 PM until 8:00 PM. Services will be held at the Northeastern Oklahoma A&M College Ballroom at 1:00 PM, Saturday, June 5, 2021 with Minister Leon Weece officiating. Graveside burial will follow at the Grand Army of the Republic Cemetery in Miami. Services have been placed under the care of Brown-Winters Funeral Home and Cremation Service in Miami. To honor Bryan’s love of the Great Outdoors and his bucket list dream of fishing, diving, gazing & hiking in every U.S. National Park - the family is asking in lieu of flowers for donations to the National Parks Foundation. Please give your name so the family may acknowledge tributes made in honor of Bryan.

The family of Dr. Bryan E. Swan created this Life Tributes page to make it easy to share your memories.

Send flowers to the Swan family.