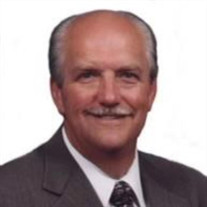 Billy Ray Bissell, 73, of Oklahoma City, passed away on March 22, 2022 after battling a sudden illness. Billy was born on December 3, 1948 to Georgia Willene Bissell and Ray Bissell in Heavener, Oklahoma. Billy graduated Heavener High School in 1967 and Southeastern Oklahoma State University in 1975. Billy attended Southwestern Baptist Theological Seminary in 1979 and graduated with a Master of Divinity. In the summer of 1974, Billy met the love of his life, Kathey, and they were married on March 22, 1975, going on to have one son, Jason. Billy was called into the ministry as a young adult and wholeheartedly served the Lord and served people for decades where he pastored several churches during his time as a pastor. Billy pastored Bullard Chapel Baptist Church in Tishomingo, Oklahoma from 1979-1981, First Baptist Church in Dewar, Oklahoma from 1981-1986, Highland View Baptist Church in Butte, Montana from 1986-1987, Boston Avenue Baptist Church in Muskogee, Oklahoma from 1987-1999, and First Baptist Church in Commerce, Oklahoma from 1999-2016 before retiring. Billy was also a police chaplain for many years where he ministered to and fostered friendships with the law enforcement officers that he served. Billy had a servant’s heart, which was evident to anyone that knew him. Although we were not ready for him to leave us, we rejoice knowing that Billy is now walking with his Lord and Savior, Jesus Christ. Billy was preceded in death by his father Ray Bissell, his mother, Georgia Willene Bissell, and his father-in-law, Royce Dale Looney. Billy is survived by his wife Kathey Bissell, of the home, his son and daughter-in-law Jason & Leslie Bissell, of Commerce, Oklahoma, his sister Carol Williamson, of Fort Smith, Arkansas, his grandsons Hunter & Leeland Bissell, of Commerce, Oklahoma, his mother-in-law Katherine Looney, of Oklahoma City, Oklahoma, and his nephew Michael Williamson, of Fort Smith, Arkansas. A memorial service to honor Billy’s life will be held at First Baptist Church in Commerce, Oklahoma on Saturday, March 26, 2022 at 11:00 am. Pastor Kelly Payne of Muskogee, Oklahoma and Pastor Tim Osborn will be officiating. Services have been placed in the care of Brown-Winters Funeral Home and Cremation Service in Miami. Friends and family may send the family notes of encouragement by viewing Mr. Bissell’s Tribute Page at www.brown-winters.com.

The family of Billy Ray Bissell created this Life Tributes page to make it easy to share your memories.

Billy Ray Bissell, 73, of Oklahoma City, passed away on March...

Send flowers to the Bissell family.