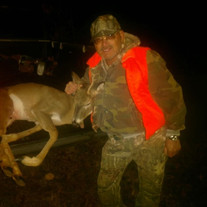 Aaron Wayne “Whitey” Blalock, 65, a longtime Miami resident passed away on Tuesday, November 12, 2019 at Freeman Health System in Joplin surrounded by his family. Wayne was born on March 3, 1954 in Bartlesville, Oklahoma to Charles Edward and Sally Alene (Tyner) Blalock. Mr. Blalock’s family moved to the Quapaw area in 1967. He then married his love of forty-five years on October 19, 1974 in Miami, Christie Adkison. Wayne attended OSU Tech in Okmulgee; he worked at Miami Stone from 1975 to 1995, and then went to work at Peoria Housing as a Maintenance Specialist. Mr. Blalock was a proud member of the Peoria Tribe; he served on the Peoria Tribe Board as Treasurer for two terms, he was very active in his Native American Church and danced in Pow-Wows. He loved the outdoors from hunting, to softball and golf. He enjoyed following his children as they played sports through school but equally enjoyed watching his grandkids do the same from ball games to Pow-Wows he would follow them. Mr. Blalock was preceded in passing by his parents Charles and Sally Blalock, a brother Jim Blalock and a grandchild Jordyn Littlecook. Survivors include his wife of the home Christie Blalock, his children Gregory Blalock and his wife Jean Ann of Miami, Caron Littlecook and her husband O.J. of Whiteeagle, Oklahoma, his brothers Bill Blalock, of Miami Jeff Blalock, of Claremore, Robert Blalock of Fairland and a sister Joyce Proctor of Okmulgee, along with his grandchildren, Wesley Littlecook, Cody Littlecook, Olivia Littlecook, Cedar Littlecook, Shaylynn Littlecook, Myka Blalock and Caiden Blalock. Services are Thursday, November 14, 2019 at 9:00 AM at the Ottawa Indian Tribal Building East of Miami. Services have been placed in the care of Brown-Winters Funeral Home and Cremation Service of Miami. Mr. Blalock will be at the Ottawa Indian Tribal Building from 5:00 PM, Tuesday, November 12, 2019 until service time. Interment will follow at the Peoria Indian Tribal Cemetery. Casketbearers will be George Roberson, Jimmy Ragsdale, Jerry Truelove, Russ Merrill, Jim Sharp and Ron Yankowski. Friends and family may send the family notes of encouragement by viewing Mr. Blalock's Tribute Page at www.brown-winters.com.

The family of Aaron Wayne Blalock created this Life Tributes page to make it easy to share your memories.

Send flowers to the Blalock family.